Lavender plants are low-maintenance, perennial shrubs that can provide your garden with beautiful fragrance and blooms for years with just a little care. Spanish lavender (Lavandula stoechas) has been bred specifically for garden performance and has the largest, showiest flowers. They make great fresh arrangements and are very attractive to all sorts of pollinators. The fragrant foliage is perfect for potpourri or sachets. 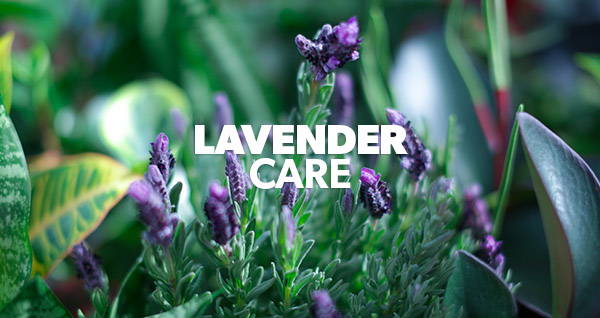 Spanish lavender thrives in USDA Zones 8-10. So Spanish lavender is an excellent choice in warmer regions but is still frost hardy down to about 20 degrees Fahrenheit. It is more tolerant of humidity than other lavenders, but thrives in dry environments. Therefore this is truly a versatile plant that can grow anywhere from humid South to the drier West.

Spanish lavender needs at least six hours of direct, unfiltered light per day. It will not thrive in shady conditions.

Lavender plants are drought tolerant, once established. This means that for the first couple of years they will need regular water, but after they may only need supplemental water during very hot, dry spells. Lavender plants like to go through dry down cycles. So water the plants only when the soil gets dry.

As mentioned above Spanish lavender is sensitive to moisture levels. If the soil around the plants remains too wet it can cause root rot. The plant will wilt, and leaves will turn yellow and drop. Wilting from not overwatering and under-watering look very similar but established lavender rarely wilts from lack of water. Treatments for root rot are available at most garden centers, but prevention is the best.

Lavender in the home garden can get spittlebugs, also called froghoppers. They leave a sticky foamy blob in the lavender foliage. Don't worry, it doesn’t really harm the plant and can be removed by rinsing the plant with water or pruning out the spoiled foliage. Other pests such as whitefly and aphids can be removed with a strong spray of water, soap-based insecticides, or garden center pesticides.

With lavender, a little fertilizer goes a long way. The best care for lavender is to work a few inches of compost into the soil around the plant from near the base, to an inch or two passed the edges of the plant. Compost is a wonderful way to fertilize because it is almost impossible to overdo it, and it makes your soil better at the same time. Only fertilize your lavender once a year at the beginning of the growing season in early spring. Never fertilize your perennials in the fall; this will push tender new growth right before frost and the new growth will get damaged.

Spanish lavender will flower for almost the entire warm season, so pruning can keep it looking nice and compact. The best time is after the first flush of flowers but be careful not to prune more than half the plant or cut off new growths. For maximum blooming, try removing spent flowers.

Expect to enjoy your Spanish lavender and all the beautiful bees and butterflies it brings to your garden for years to come!